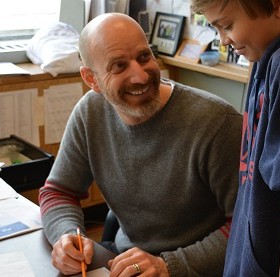 Jonathan Schneider was raised on Cape Breton Island, and has lived and traveled in Europe, North America, and the Caribbean.  After attending public schools in both Spain and Puerto Rico he is bilingual in English and Spanish.

Following a Bachelor of Science with Honours in Psychology from Acadia University, a Diploma in Technology Education from B.C.I.T., and a B.Ed. from the University of British Columbia Mr. Schneider completed a Master of Education in Administration and Leadership through Gonzaga University.

Since 2003 he has taught Math, Spanish, and Leadership at Esquimalt High School.  Mr. Schneider comments that, “Working with young people is a privilege that I greatly enjoy.”